Article by Michael Alberty | For The Oregonian/OregonLive

In 2008, Supreme Court Justice Ruth Bader Ginsburg and her family journeyed to Carlton, Oregon, to render a verdict on Willamette Valley pinot noir. It was a unanimous decision: delightful as charged.

In the wake of Ginsburg’s death last Friday, mourners celebrated her life and a legal career spent championing equal rights. Close friends also found time to remember Ginsburg’s more private pursuits. Opera singer and friend Joseph Calleja posted on Instagram: “Her love of food and wine only confirms that she was a perfect being.”

In September 2008, Ginsburg traveled to the Willamette University College of Law in Salem for the Oregon Civic Justice Center’s dedication ceremony. Despite a busy schedule of activities, Ginsburg found time for a secret mission: a visit to Ken Wright Cellars in Carlton.

News that Ginsburg wanted to meet with him was a bolt from the blue for winemaker Ken Wright.

“We only heard about it a week in advance. Then her security team called two days before she arrived to nail down every little detail, including the route we’d be taking to visit McCrone Vineyard,” Wright said.

The arrival of Ginsburg, her family, and Secret Service agents in black vehicles with tinted windows was not an everyday occurrence in the sleepy little wine town of Carlton.

“It was pretty funny with all those suits in sunglasses running around. It was also quite a scene when everyone packed into my winery office,” Wright said.

To tell the Willamette Valley’s story, Wright packed Ginsburg, her husband Martin “Marty” Ginsburg, and her daughter Jane C. Ginsburg off to McCrone Vineyard. The vineyard, owned by Don and Carole McCrone, is located just north of Carlton, in the Yamhill-Carlton American Viticultural Area.

“The vineyard sits on a ridgeline with a view that allows you to see everything from the Coastal Mountains to the Eola-Amity Hills. It’s a nice spot to explain things,” Wright said.

Wright’s family joined the group along with the McCrones and Mr. and Mrs. Michael Bennett from Willamette University. It was a warm day, so a tent was constructed, and as much water was poured as wine.

Wright remembers the Ginsburg family being knowledgeable about wine, with a wine vocabulary to describe what they liked and didn’t like.

“The words freshness, texture and purity came up a lot as they talked about Willamette Valley pinot noir. Especially purity,” Wright said. Oregon’s signature grape had a new set of fans.

The Ginsburg family left just as much of an impression on Wright.

“It was a super enjoyable two hours. Justice Ginsburg was an amazing, open person. We didn’t talk a lot about politics. We discussed wine and other mutual interests we enjoyed. She was definitely a thoughtful, critical thinker,” Wright said.

When the vineyard session concluded, the convoy traveled back to the winery, where Wright set up Justice Ginsburg with an assortment of wines based on their vineyard discussions. “Then ‘poof,’ she was gone,” Wright said. Wright returned to harvest preparation.

A few days later, Wright received another bolt from the blue: an envelope from Washington, D.C.

“It was just the most beautiful ‘thank-you’ note from Justice Ginsburg. Her family loved wine for all the right reasons,” Wright said.

— Michael Alberty writes about wine for The Oregonian/OregonLive. He can be reached at malberty0@gmail.com. To read more of his coverage, go to oregonlive.com/wine.

Note to readers: if you purchase something through one of our affiliate links we may earn a commission. 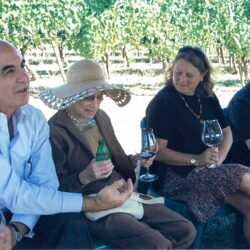 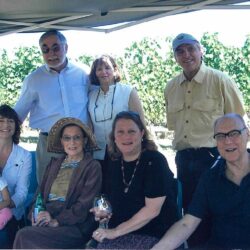 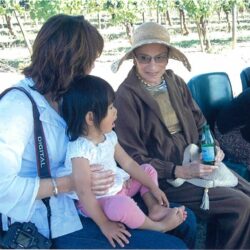 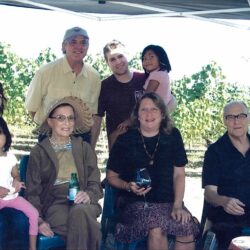 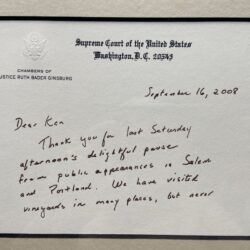 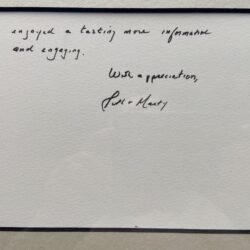 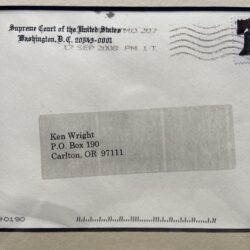 Vogue Magazine- The Best Wines to Drink With Takeout, According to Sommeliers »